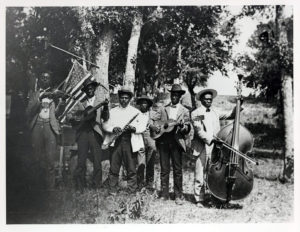 It’s the 19th of June: Juneteenth. 156 years of celebration, but the difference this year is vast: Juneteenth was officially designated a federal holiday in the United States in legislation signed into law by President Biden this past Thursday. When I heard the news, I was nothing short of amazed: I’d been busy with work and somewhat disconnected from the world and had no idea that this was in the works. I was elated. I thought immediately of Ms. Opal Lee in Fort Worth, Texas––a place that folks often confuse with my town of Lake Worth. For years and years, Opal Lee, now 94 years old, has been fighting to make Juneteenth a national holiday… and it just made me beam to think that she saw it happen. I’m still beaming.

The holiday was barely known outside of Texas for decades, but perhaps now, we will all learn the story. Its roots lie in the Emancipation Proclamation, two years into the Civil War. The Proclamation, on the First of January, 1863, freed “all enslaved people in the states currently engaged in rebellion against the Union.” Soldiers of the Union Army made their way across the cities and plantations of the South, reading the Proclamation and spreading the news. In places still under Confederate control, though, the news would take longer to spread. Emancipation Day here in Florida, for instance, came on May 20, 1865, when the news was read in Tallahassee, eleven days after the war had ended.

In Texas, the westernmost Confederate State, Emancipation came a month later. Union troops arrived on Galveston Island on the 18th of June and the next day, June 19, 1865, Union General Gordon Granger read this proclamation from a Galveston balcony:

The people of Texas are informed that, in accordance with a proclamation from the Executive of the United States, all slaves are free. This involves an absolute equality of personal rights and rights of property between former masters and slaves, and the connection heretofore existing between them becomes that between employer and hired labor. The freedmen are advised to remain quietly at their present homes and work for wages. They are informed that they will not be allowed to collect at military posts and that they will not be supported in idleness either there or elsewhere.

Newly emancipated slaves rejoiced right there in the streets of Galveston. By the year that followed that original proclamation in Galveston, Juneteenth celebrations were sprouting up all over Texas and continued spreading, mostly among African American communities, throughout the country. These earliest Juneteenth celebrations brought folks out in their finest clothes for parades and barbecue and music, perhaps just like the Emancipation Day Celebration Band in the photograph above, from a Juneteenth celebration in Texas in 1900. Juneteenth has since become a celebration of hard-earned freedoms, and a celebration of African-American culture. A day for family and friends to gather, a day to share stories, and to learn. And now, a national holiday. I still can’t believe it’s happened. The road getting here has never been easy, and so it is as well a day to reassure each other against adversity and challenge. The fact that the road is still being forged is all too evident these days, as we continue to work through our troubled history and find paths forward, paths toward true equality, and toward the elimination of racism at levels to which society seems at times blind. We all could do with a reassessment. We all have lots to learn, but here is Juneteenth, another shot at making things right. If it helps, think of Juneteenth as this country’s second independence day. This year, especially: Happy Juneteenth.

Image: “Emancipation Day Celebration Band, June 19, 1900, Texas USA” by Mrs. Charles Stephenson (Grace Murray). Photograph, 1900 [Public domain] via Wikimedia Commons. A hearty Thank You to my friend Kianga Jinaki; I never knew about Florida’s Emancipation Day until I learnt about it from her this past spring.