Happy Whitsuntide. Easter is past, Ascension Day, too, and now it is Pentecost: Holy Spirit descended upon earth. It is the day when the apostles gathered in Jerusalem and spoke to the people and everyone, it is said, understood them, no matter whether they were Jew or Greek or Roman: there was, that day, no barrier of language. A day of clarity. Like no day before and no day since, and if the world has shown us anything in recent days, it is that we are as far from understanding each other as we’ve ever been.

They say that in France on Pentecost it is traditional to hear trumpets playing during Mass, the trumpet music symbolizing wind, breath, Holy Spirit manifested. But each Pentecost, my thoughts return to a simpler place with the very first Pentecost I spent at Chosen Land, the Sabbathday Lake Shaker Community in Maine, in 1996. It’s a story I tell you each year, but it’s a story I love, and just like my father told stories over and over again, usually as if it was the first time he had ever told you, I’ll tell you this one again, too, because this is what we do: We tell the stories again and again, to keep them alive, always on the breath, exhaled into the world. Exhalation, inspiration.

And so I was there for that Shaker Sunday Meeting, and Seth was there, and all the Shakers I had just met were there, too (and it was a larger Community then), the men on one side of the 1794 Meetinghouse, the women on the other. Father Bob Limpert, an Episcopal minister from New York, was there, too, and still to this day occasionally I’ll hear from Father Bob. And the Shakers that Pentecost in 1996 let Father Bob give a more formal sermon to all who were gathered: all the Shakers, and all the people “from the world,” as the Shakers say, who were there that Sunday, too. It was a very windy day. Father Bob was inspired that blustery day to talk about the relationships between words like gust and ghost and it was Pentecost, of course, the day the Church celebrates the coming of the Holy Spirit… which, when I was a kid, was better known as the Holy Ghost. And here was this day of gusting wind ushering in holy ghosts of all kinds in this old building full of history: gust to ghost to spirit. And spirit brings us to inspiration.

And this always reminds me of one of my favorite professors from college, Myriam Swennen Ruthenberg, who also remains in touch with me to this day, and who, in an Italian Literature class, perhaps over Dante or Bocaccio or Giuseppe di Lampedusa, spoke one day of the connexions between words, too. Her words that day were the Italian versions of respiration and inspiration and their common Latin root: spirare, breath. We breathe in and out in the act of respiration, but we also breathe in and out inspiration: we are inspired by what we take in, and what we exude or breathe out hopefully inspires others.

If you’ll follow along on my winding trail, these things all connect: the gust and ghost of Father Bob, the breathing in and out of Professoressa Ruthenberg. All are not so much of the earth as they are of the air and so they lack heaviness and instead are light and ethereal. Inspiration comes to us sometimes as fleeting as breath, a ghost seen just briefly from the corner of the eye.

Pentecost never meant much to me but it did after that Pentecost Sunday at Chosen Land in 1996. I think of it now as a day of exquisite connexions. (And yes, the X is purposeful, for that, to me, seems more closely related to the idea of connecting ideas––like a mathematical expression of language.)

Image: Illustration of a weathervane from Die Gartenlaube (The Gazebo), a hugely popular weekly illustrated magazine published in Germany in the 19th century by bookseller Ernst Keil. [Public domain] via Wikimedia Commons. An angel blowing a trumpet as weathervane activated by wind? I think it’s the perfect illustration for today’s Book of Days chapter. 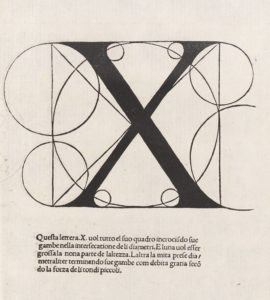 Whitsunday––Pentecost––comes today, marking the descent of the Holy Spirit (known in times past as the Holy Ghost), closing the Easter season. Pentecost slipped my mind (even with the Convivio Book of Days Calendar!) until a friend in Barbados wrote to say Happy Whitsuntide and to tell me he’ll be off on Monday for the Whitsun Bank Holiday. But here in the States, we don’t get Monday off and “Happy Whitsuntide” is a not a greeting we hear much. So, thanks to David in Barbados for stirring my memory, here’s a quick little something for Pentecost: a small suggestion of something to ponder today, a consideration of the mystical connexions this day suggests. The connexions come to me via two friends in two very different places: Father Bob Limpert (speaking at the 1794 Meetinghouse at the Sabbathday Lake Shaker Community back in 1996) and Professor Myriam Swennan Ruthenberg (speaking in a classroom at Florida Atlantic University a year or two prior). They both had things to say about inspiration, things that have stuck with me all these years. If it’s a windy day today, all the better for making those connexions apparent. It certainly was a gusty morning, I recall, as Father Bob was speaking. Maybe it was when Myriam was speaking, too. Anyway, here is my linear amalgamation articulating the thoughts of these two thinkers, which I hope they’d both appreciate:

I’ve talked about these two people (and these connexions they bring to my mind) in further depth in years past for Pentecost, and if you’d like to read more, just click the word PENTECOST in the sidebar and you can choose from many previous posts. To me, this is a day for creativity and inspiration, pure and simple, all coming out of (take your choice of one or both) the Holy Spirit and the Italian root word for both respiration and inspiration: spirare.

It’s maybe also a good day to explain to you why I love the connexions variant of the word connections so much: No, it’s not a misspelling, but it is a rarely used variant. I choose it because I view that X in the middle of the word as having connecting lines, of sorts, much like the ones we use in algebraic equations. The “x” shows (to me, anyway) more relativity than the “ct” does… even if the “ct” does make for a lovely ligature in some fonts.

Take all this as you wish. Maybe it just demonstrates that I put way too much thought into things. Be that as it may… as David in Barbados reminds us: Happy Whitsuntide. May you find some inspiration in this. 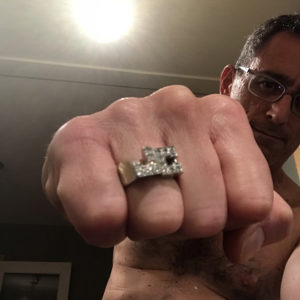 Sunday brings Pentecost, a day that I associate with a most fleeting thing: air. Invisible life force, we breathe in, breathe out: respiration. A word so close to “inspiration” and indeed they share the same Latin root, spirare: breath. Pentecost has to do with the descent of the Holy Spirit upon the Earth and it is this that brings about my airy thoughts each year for this day, as one word links to another: spirit to ghost, ghost to gust, gust to wind, wind to breath, breath to respiration, and breath to inspiration, too.

With Pentecost, we are 50 days past Easter, and with it, we transition further beyond spring and closer to summer. Though red is the color of Pentecost in the Church, the day in some places is known as White Sunday: Whitsunday. Special Whitsun Ales are brewed at this time of year, in some places drunk on Whitsunday, in other places brewed on Whitsunday.

Ah, but that is Sunday. Today, the 18th of May, it’s another celebration, one of my family’s own. My dad would have been 92 today. Approaching his birthday this year is not as bad as it was last year. Some of the sadness over his passing has been replaced by something different. I still miss him something awful, but more often when we talk about him or when he pops into my head the feelings are bathed in warmth, which is a slight change from last year. I still sigh a lot, but I smile a lot, too.

Mom does not want to do anything in particular for Dad’s birthday and so we are honoring her wishes. I’m not sure what Seth and I will do. It’s not like we can just make Dad’s favorite meal in honor of his birthday. He didn’t really have a favorite meal. He would sometimes say how much he loved a good Porterhouse steak… but once you put one on a plate for him, he would eat it and when he was done, always proclaim that he’d rather have a nice dish of pasta. And there was the custard-filled crumb cake he would talk about, too––the one that came from a bakery in Brooklyn called Hummel’s when he was younger. When you got right down to it, though, Dad was always just plain happy to eat whatever was put in front of him.

Honoring Dad’s memory with a favorite meal may be out, but I will wear his ring for his birthday. It was his pinky ring, one that he had from the time I was a boy. His initials, which happen to be the same as mine, in diamonds. It is so not something I would wear, but I do wear it when I want to keep him closer in spirit. It’s too big for my pinky so I wear it on my ring finger. It’s flashy, sparkly, a bit like my Dad, who, though he did not like to call attention to himself, did love himself some bling on his fingers. When he bought himself that pinky ring, Dad drove a 1960s Cadillac and he liked the finer things in life, as he always did––things he worked hard to attain. He was of the Dean Martin and Frank Sinatra age, and he would have fit in nicely shooting pool with them wearing this ring. I wore it at his funeral last year. I wish I could remember which New York cousin it was of mine who I think was wearing his own dad’s pinky ring then, too, and who said we were all members of the Pinky Ring Club now. I’ll take that as inspiration, too, in this time of holy spirit, ghost, gust, and breath. Happy birthday, Dad.

Image: Dad’s JC ring. Dad would sometimes try to teach me boxing moves when I was a kid. He’d have both dukes up and tell me, “Watch the left,” and then surprise me with the right. I was too busy trying to figure out which left he meant: mine or his. Needless to say, I didn’t do very well at boxing. Things like that always made me think we were very different, until we were both older, and I realized how much we are the same. That, too, is something that I can smile about now. If I am wearing my dad’s pinky ring, though, watch out: That ring can do some serious damage to your kisser.