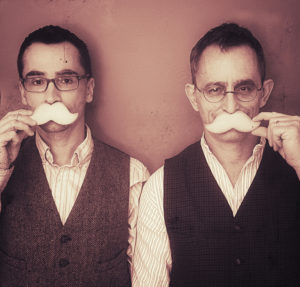 June 16th and now it is Bloomsday, a holiday born of a book. Some consider it the greatest book written in the English language: Ulysses, by James Joyce. The book takes place all on the 16th of June, 1904, in Dublin, following the lives of Leopold Bloom, Stephen Dedalus, and Molly Bloom. Notoriously difficult to read, full of Joyce’s invented Stream of Consciousness writing technique, Ulysses is an affirmation, a yes, of the everyday. And here I am, a guy who encourages you to say yes to the ceremony of each day. An English major, to boot. Of course I love Bloomsday.

And so Joyce enthusiasts the world over today will dress in Edwardian garb and quote Joyce and if they are in Dublin, they will follow the June 16, 1904 route of Leopold Bloom. Our celebration here is a simple one, and I encourage this. My suggestions: Read some Joyce; it doesn’t have to be Ulysses. You might try instead something shorter, like The Dead, the story that closes Joyce’s short story collection titled Dubliners. Ulysses may get the accolades for best book written in the English language, but The Dead may just be its best short story. It takes place at midwinter, not midsummer, but still you get that beautiful James Joyce way of telling a tale. And if you’d rather not read, there is an excellent film adaptation of that same story. It’s directed by John Huston (1987). Music for the day: something Irish and Edwardian would be appropriate, but each year at this time of June the soundtrack inside my head inevitably turns to Kate Bush and a song she recorded in 1989, called “The Sensual World.” It’s based on the closing words of Ulysses, a soliloquy by Molly Bloom, Leopold’s wife.

And Gibraltar as a girl where I was a Flower of the mountain yes when I put the rose in my hair like the Andalusian girls used or shall I wear a red yes and how he kissed me under the Moorish wall and I thought well as well him as another and then I asked him with my eyes to ask again yes and then he asked me would I yes to say yes my mountain flower and first I put my arms around him yes and drew him down to me so he could feel my breasts all perfume yes and his heart was going like mad and yes I said yes I will Yes.

Many thanks to Giovanna Cimino & Silvia Fausto of Cosa Duci Bakery & Café, who made the mustache butter cookies that Seth and I are sporting in the photo above. They baked them for Father’s Day, but we thought they were perfect for Bloomsday. This brilliant mother/daughter team are shipping cookies these days, while they keep their café closed for quarantine (despite what our silly governor says). They are deserving of your support.