Juneteenth, Now More than Ever 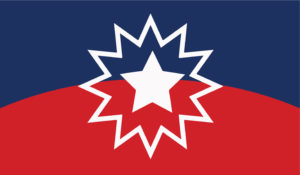 I imagine many of us have long understood and valued the significance of Juneteenth, but perhaps never as much as this year. In light of all we are learning in just the last few weeks––about ourselves, about our society, and about systemic racism––it is incredibly apparent that the time to make Juneteenth a nationally recognized federal holiday is now.

Juneteenth originated in Texas, where the day was first celebrated in 1865. The Civil War was over; Robert E. Lee had surrendered to Ulysses S. Grant at Appomatox Courthouse in Virginia on April 9, 1865. But things were not resolved throughout the land that day. It took a long while for Union forces to bring all the states that had seceded back into the fold. In Texas, this process began more than two months later, on the 18th of June. Union troops arrived on Galveston Island and the next day, June 19, 1865, Union General Gordon Granger read a proclamation from a Galveston balcony:

The people of Texas are informed that, in accordance with a proclamation from the Executive of the United States, all slaves are free. This involves an absolute equality of personal rights and rights of property between former masters and slaves, and the connection heretofore existing between them becomes that between employer and hired labor. The freedmen are advised to remain quietly at their present homes and work for wages. They are informed that they will not be allowed to collect at military posts and that they will not be supported in idleness either there or elsewhere.

Newly emancipated slaves rejoiced right there in the streets of Galveston. By the year that followed that original proclamation in Galveston, Juneteenth celebrations were sprouting up all over Texas and continued spreading, mostly among African American communities, throughout the country. These earliest Juneteenth celebrations brought folks out in their finest clothes for parades and barbecue and music. Juneteenth now has become a celebration of hard-earned freedoms, and a celebration of African-American culture. A day for family and friends to gather, a day to share stories, and to learn. The road has never been easy, and so it is as well a day to reassure each other against adversity and challenge. The fact that the road is still being forged is all too evident these days, as we continue to work through our troubled history and find paths forward, paths toward complete equality, and toward the elimination of racism at levels to which society seems at times blind. We all could do with a reassessment. We all have lots to learn, and hopefully, on June 19th, you’ll see the Juneteenth flag flying beneath the American flag in your town. 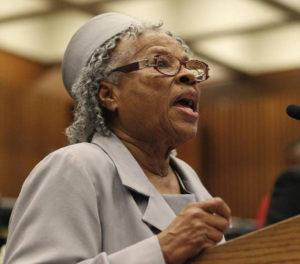 Folks often confuse our Lake Worth hometown with Fort Worth, which is in Texas. One great thing Fort Worth has that Lake Worth doesn’t is Opal Lee. Ms. Lee is 93 years old. She has devoted many of those years toward her dream of making Juneteenth a national holiday. Twice she has marched from her home to Washington to make her cause known. She’d probably do it again this Juneteenth, but quarantine is forcing her to march only the two and a half miles from the Will Rogers Colliseum to the Fort Worth Convention Center. Behind her are expected to be hundreds of vehicles in support, while maintaining social distancing to keep Opal and others safe and healthy. She’s doing this for all people, not just for George Floyd, not just for all who have died unjustly, and not just for the sake of Juneteenth. There’s a fine interview you can read with Ms. Opal Lee, and I encourage you to click on her name to read it. I also encourage you to join me in signing her petition to make Juneteenth a national holiday.

One thought on “Juneteenth, Now More than Ever”