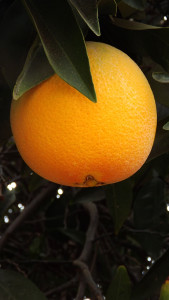 Carnival, or Carnevale in Italian, has its official beginning today in Venice. Carnevale is the last great indulgence before Lent enters the scene, enrobed as it is in purple and somberness. There are no set dates for the beginning of the Carnevale season. There are places in Italy where it begins as soon as Epiphany is done, and others where it begins with the sausages and salame of January’s Feast of Sant’Antonio Abate. Carnevale is, after all, the annual using up of the provisions of winter. Traditionally, the supply of meat would be finished during Carnevale until spring, and this is the origin of the festival’s name, for Carnevale means “good-bye to the flesh” (carne levamen in Latin). Nowadays most observers pass on meat on Fridays, but Lent once was a time when no meat at all was eaten, for the full forty days, and so it truly was a good-bye to the flesh.

Carnevale has its connections to celebrations of the new year, which, for the early Romans, was the First of March. The Romans were the ones who eventually moved the start of the year to January 1, but old habits die hard, and many new year traditions, including the wearing of masks, carried over across the ages. The old year was dying, the new one being born. Masks provided anonymity in a festival of excess, and masks are still a big part of Carnevale celebrations, especially in Venice.

There is also a great tradition of mock battles throughout Italy for Carnevale, with the most famous in the city of Ivrea, where trainloads of blood oranges from Sicily are brought in each year as weaponry. It is said that of all the tons of oranges the people of Ivrea buy each year for Carnevale, not a single one is eaten or squeezed for juice. Instead, they are used as missiles in battles across the city over the course of three days of Carnevale. It is a battle based on historical events––a 12th century revolt against two tyrannical rulers who had imposed taxes on marriage and on the milling of grain. The revolt began on the wedding night of a local miller’s daughter, Violetta, by Violetta herself, and it carried on for three days before freedom was won.

During these three days of Carnevale, the windows of the entire city of Ivrea are boarded up to protect against the onslaught of oranges. The battles are fierce, oranges flying through the air, aimed at anyone who is not wearing a special red cap of neutrality. People emerge with bruises and black eyes, but the fun is undeniable. The city is said to smell wonderful, as the perfume of countless oranges wafts through the air.

If it seems excessive, well… it is. But this is the point of Carnevale. It is no time to be frugal, not with meat, nor oranges, nor celebration, nor emotion.

Photograph, “One Perfect Valencia,” is provided courtesy of Convivio friend Paula Marie Gourley. She photographed the orange in a California orange grove. There is an ages-old battle amongst orange lovers, too: California oranges tend to be bigger and thicker skinned than those of their Florida brethren, but Florida oranges, subject to our rainier climate while they grow, are definitely juicier. I imagine the oranges of Sicily are similar to California ones, since it too is a drier climate. But I imagine the people of Ivrea would be REALLY impressed by the amazing splatter properties of a Florida orange.