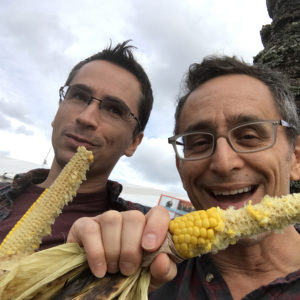 It’s Fair Season here in South Florida. Seth and I spent a day last week at the South Florida Fair, which was known years ago as the Palm Beach County Fair. It began this year in mid January and runs until the 29th. All of our surrounding Florida counties have fairs this time of year, too. The Martin County Fair, in Martin County just to our north, starts on February 9. The Broward County Fair, to our south, was in November, the Okeechobee County Fair is in March, and the fair in Miami-Dade County starts in March, as well.

We don’t go every year, but when we do go, it’s mainly to see the chickens and the goats and all the other animals that are there, and to eat fair food, and to load up on local eggs and honey and produce. County fairs like this harken back many centuries to harvest celebrations, which is why most fairs in the rest of the country are in late summer and early autumn. Here in Florida, where the planting season began in September, it is harvest time now and through the spring, and so our fair schedule follows along. 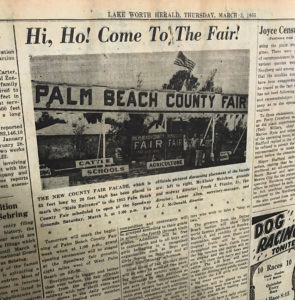 Our fair began in 1912 and for a while was held at John Prince Park, just outside the Lake Worth city limits. The York Fair in Pennsylvania is billed as America’s First Fair (it began in 1765), but New Netherlands, the Dutch settlement that became New York once the British took over, held a fair in 1641. Records of agricultural fairs go all the way back to the ancient world, in fact, so they are one of the oldest traditions in the seasonal round. It all comes down to celebrating the harvest. As for us here in Palm Beach County in January, well… we just happen to be a bit topsy-turvy from the rest of the country. But if you’re in a cold northern place right now and enjoying oranges and grapefruits or tomatoes and peppers and sweet corn, well… you’re welcome. Florida farms provide an awful lot of that winter produce for your table.

Go to Instagram to see more photos from the fair, including one regal turkey and one adorable pig snout. You’ll find us there @conviviobookworks and we’d be pleased as punch if you followed along while you’re there. Thanks!