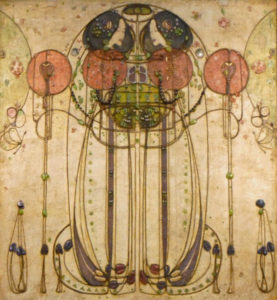 The passage over the bridge has been made and now we’ve crossed over into the Six Days of Christmas that are in the new year. You’ll find these six days more contemplative, I think, and a bit less rambunctious. When the Puritans banned Christmas in Britain and New England, it was mainly a reaction to this annual bout of national rowdiness. Christmas back then was not so much a holy time but more a time of drunken revelry. It was everything the Puritans despised. Their opposition to the season changed Christmas forever. It was not widely celebrated here in the States until writers revived an interest in it. Washington Irving was probably the first to push the idea of a revival of the Old Christmas ways, writing about old English customs that had long since faded away. And then of course came Charles Dickens. The new reinvented version of Christmas, steeped in Victorian ideals, still very much informs the celebration in both countries today. One curious difference between England and the States is the use of the greeting Merry Christmas here versus the more common Happy Christmas in the old country. When Christmas was being reinvented in England, the temperance movement was quite strong. “Happy Christmas” seemed more proper, a bit distanced from the merriness (ahem, drunkenness) of Christmas past, and so that greeting was encouraged in the UK and took hold there. That wasn’t the case in the States, and, oddly enough, we ended up with the more British sounding “Merry Christmas.” It is perhaps the one time a year that we use the word merry at all. I’m glad we do. I’m not one to promote drunkenness, but I’m not one to promote temperance, either. Our motto: “All things in moderation.”

And so for today, the First Day of the New Year, it is customary to brew and drink wassail. It is a delicious hot punch and I encourage you to join in the tradition. The punch is called wassail and the toast is “Wassail!” as well…  from the old English Wes Hel, “be of good health.” The New Year’s Day custom would have us toast each other, as well as the apple trees in the orchard, should you happen to be near one. We are not (apples do not grow in Florida; not that I’m aware of, anyway) but Seth Thompson and I have been known to drink our wassail, toast each other, and go out to the yard and toast some of our fruit trees, too: Wassailing the mango tree, the carambola tree, the cocoanut palms. Tradition, like language, is a living thing. It is perfectly fine (in the Convivio approach, anyway) to shape tradition around your particular reality. Here is our wassail recipe:

Convivio Wassail
Pour the contents of two large bottles of beer or ale (about 4 pints) into a pot and place it on the stove to heat slowly. Add about a half cup sugar and a healthy dose of mulling spices. (If you don’t have mulling spices on hand, you can use cinnamon sticks and whole cloves… though the mulling spices lend a more interesting flavor.) Add a half pint each of orange juice and pineapple juice, as well as the juice of a large lemon. Peel and slice two apples and place the apple slices into the pot, too. Heat the brew but don’t let it boil, then pour the heated wassail into a punchbowl to serve.

Custom calls for us to share the wassail with those gathered but also to take the steaming punch bowl out to the orchard and toast the apple trees and share some with the oldest or biggest tree in the grove. Some folks pour the wassail on the trunk of the tree, while others dip the lower branches into the wassail bowl, and others may place wassail-soaked toast or cake in the branches of the tree. All of which are invocations of magic meant to encourage a good crop of apples next summer. Traditionally, the wassailing of the apple trees is done at the noon hour. Again, we believe you’d do best to let tradition inform your ways, but not dictate how your days go. So if your wassail happens to be late at night, there’s no harm in that. Wes Hel! Huzzah and cheers! And a happy new year to us all.